Imagine the Earth before there were any countries or borders of any kind. No lines, no names of this or that, no maps, no fences… nothing. The only sounds were the sounds made by Nature. There was no “time” according to human parameters. Just the continuous, ever flowing cycles of life. All creatures were free to wander wherever they would, or could. They were unbound by man-made constraints and the defining qualities brought about by the human tendencies of wants, needs, and ownership.

We couldn’t leave well enough alone, could we? We had to make countries and borders then create weapons of war to protect the countries and make enemies of those from other places. Horses were captured and domesticated to assist humans in their pursuits to “divide and conquer”. Unwitting participants along our path of so-called civilization.

It’s almost like we’ve painted ourselves into a corner after centuries of nation-building and social development. Are we free or not free? We’re surrounded by borders and rules telling us where and when we can and cannot go to visit or live. What of all the animals we’ve domesticated and bred? If we and they have wonderful, fulfilling lives, should there be judgement placed on how such great societies have been created? What about the millions of people and animals who still suffer so greatly on this planet, with no freedom to escape bad situations? If we have compassion for all beings, how can we be at peace until all beings on Earth are at peace?

According to Professor Lori Gruen’s interesting viewpoint, there are serious ethical questions to be asked about keeping animals in cages… or in the case of horses, the reference would be to keeping them in stalls and barns as our “captives”.

“Though conditions of captivity vary widely for humans and for other animals, there are common ethical themes that imprisonment raises, including the value of liberty, the nature of autonomy, the meaning of dignity, and the impact of routine confinement on physical and psychological well-being.”

Now, imagine what the implications would be if everybody just quit riding their horses, opened all the stall doors and paddock fences and set them free. It’s likely chaos would ensue. Sure, they might run amok for awhile or stop by the neighbour’s apple trees but most would be right back at the barn doors at feeding time looking for their next meal. Some wouldn’t leave at all. A few might join the wild herds, as in the deserts of the American Southwest where the economic downturn really did lead some people to turn their show and companion horses loose to fend for themselves. Rescue operations bordering desert communities have found themselves with “strays” looking for food and water.  Domestic horses don’t do well on their own. 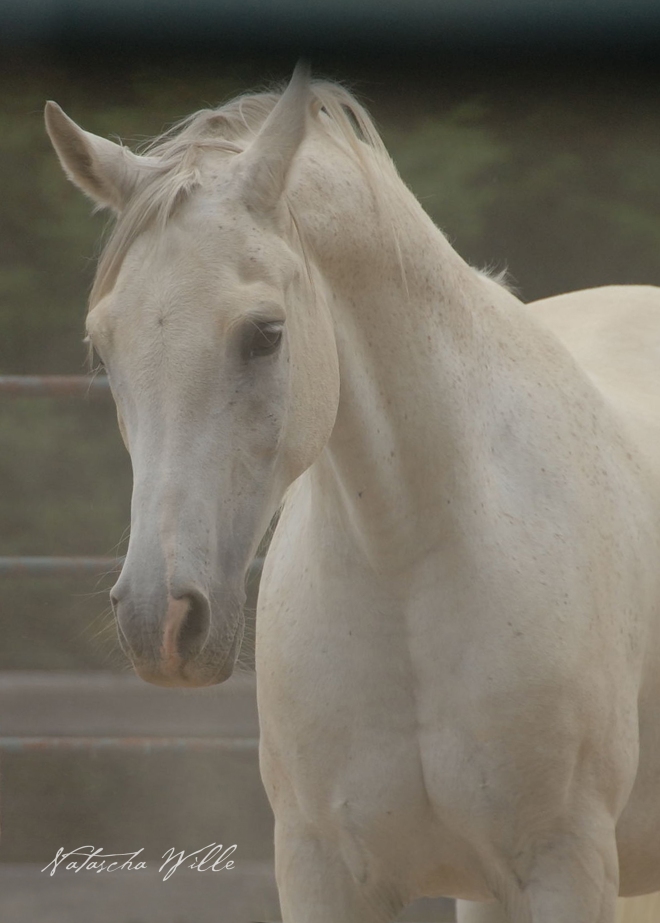 Let’s face it. Horses are big animals that leave a big hoofprint on the environment. In our “non-ideal” world as Dr. Gruen refers to, we have to “do the very best we can for them while their lives are compromised to various degrees in captive settings”.

Dr. Marc Bekoff, the writer of the article states, ” let’s hope that open discussion of the issues and the questions at hand, including what we know about the cognitive and emotional lives of animals and their capacity to suffer and to empathize with others, will work on behalf of those unfortunate billions of individuals who lives are a mess because of their confinement”.

So somewhere in the middle of “let’s turn all the horses loose” and “let’s keep them confined for our own pleasure and use” is the question “what is the most compassionate way to care for and interact with our horses?”

There is new, emerging research all the time that is telling us what causes distress to horses. We know for sure that ulcers are a man-made condition in equines, caused by stress placed on them due to excessive confinement, travel and showing. In our human rush to conquer and control everything, have we gone too far with horses and committed them to a lifestyle that is so unnatural for them that we’ve changed their genetic makeup? Probably. Is this bad? What have we done to other humans with such a mindset? Even in such things as personal relationships. Are we being compassionate to our partners when we hold them “captive” according to our wants, needs, schedules and whims?

Ah freedom. Look your horse in the eye and ask if he’d rather be turned loose to run and graze wherever he wants. No more grooming, hoof trimming, veterinary care, clean hay and water or forced exercise. Would he tilt his head like a curious puppy and ask “why”? Or would he immediately start nodding his head, pounding on the stall door with the enthusiasm of a football player charging into the opponent’s end zone for a touchdown? What would happen if you told your human partner or spouse they were free to go wherever they choose, whenever, and with whom?

My guess is the equine and human responses would vary, but most would fall somewhere in the middle of the extremes. Having compassion and wishing to alleviate another’s suffering means first of all, to be mindful of the fact that they’re suffering. Is your horse (or human partner) suffering in silence and you’re not seeing it? If you opened the door to set them free, would they go? Would they come back to you after realizing how kind and compassionate you were to them? Do they recognize freedom as being of benefit to them, or are they looking for the security of the home they’ve become so accustomed to and are willing to compromise their freedom to remain “captive” in a potentially less-than-ideal situation? These are the gists of the ethical questions posed by Dr.s Gruen and Bekoff.

Freedom is not about owning and controlling. Perhaps we need to consider that with our “captive” animals and being mindful as to how they are affected by confinement and the tasks we ask of them. Horses have evolved to fit with a domesticated lifestyle, as have humans, and many of the other pets we keep. Turning them all loose would not necessarily be conducive to their health and wellbeing. We all need to depend on each other for care and love, otherwise we lead a lonely and vulnerable life. The kindest approach of all is to acknowledge everyone as a free spirit, accepting who and what they are, with a compassionate heart and mind.

Welcome to The Compassionate Equestrian!

Susan Gordon and Dr. Allen Schoen DVM extend a warm welcome to everyone who wishes to make compassion a part of their equestrian lifestyle.

The Compassionate Equestrian was published in 2015 by Trafalgar Square Books/Horse and Rider Books, in Vermont, U.S.A. The book is a guide to a heart-centered, science-backed program for everyone who rides and handles horses. It is based on The 25 Principles of Compassionate Equitation derived from current, peer-reviewed research studies that identify and support methods of training, handling, and caring for horses that constitute a safe, healthy, non-stressful and pain-free environment for equines.

The Principles encourage all equestrians to approach their training and handling with compassion and a willingness to alleviate suffering not only for their horses and themselves, but for the benefit of all living beings.

The Charter for Compassion

Please sign and share the charter. The Compassionate Equestrian is officially partnered with the Charter's new Sector on the Environment.

Other blogs by the Authors

Blogs Followed by The Compassionate Equestrian

All original content, photographs by Susan Gordon, The 25 Principles of Compassionate Equitation and The Compassionate Equestrian are copyrighted by Dr. Allen Schoen DVM and Susan Gordon. Please request permission before reposting or otherwise distributing any information in full or in part and assure proper attribution is given to the authors. Disclaimer: The Compassionate Equestrian is not engaged in rendering professional training or veterinary advice or services and information on this site should not be considered a substitute for consultation with your own certified trainer or licensed veterinarian.
devanwiebe.com

For the benefit of all beings, through horses

All the gear and no idea?

"thinking about horses, interpreting their minds"